Pathogens transmitted by arthropod and bat vectors continue to burden the health of humans around the world. Malaria is perhaps the most deadly infection throughout much of the tropics. West Nile, Chikungunya and Zika viruses have emerged in recent years as global pathogens, imposing significant economic and health burdens upon affected communities. Tick-transmitted infections such as Lyme disease and Powassan virus continue to emerge in temperate regions, and the bat-associated ebolaviruses, Nipah virus, rabies virus and SARS and MERS coronaviruses are among the most dreaded infections known. Agents vectored by arthropods and/or bats thus constitute some of the most feared, difficult and persistent problems affecting human health.

To counter these threats, Colorado State University (CSU) established the Arthropod-borne and Infectious Disease Laboratory (AIDL). We also have one of the only captive breeding colonies of bats for use in infectious disease research. Since its creation in 1984, AIDL has significantly enhanced science, practice and education on vectors and the infections they transmit. However, AIDL facilities at CSU have become badly outmoded: roofs and walls leak during inclement weather, mold plagues many of our insectaries, some buildings are infested by pests, and temperature is poorly regulated. Moreover, our research and training programs are at risk.

Recognizing this, Colorado State University (CSU) has provided $22M to construct a new building, the Center for Vector-Borne Infectious Diseases (CVID), to house the AIDL.  CVID construction began in mid-2019. 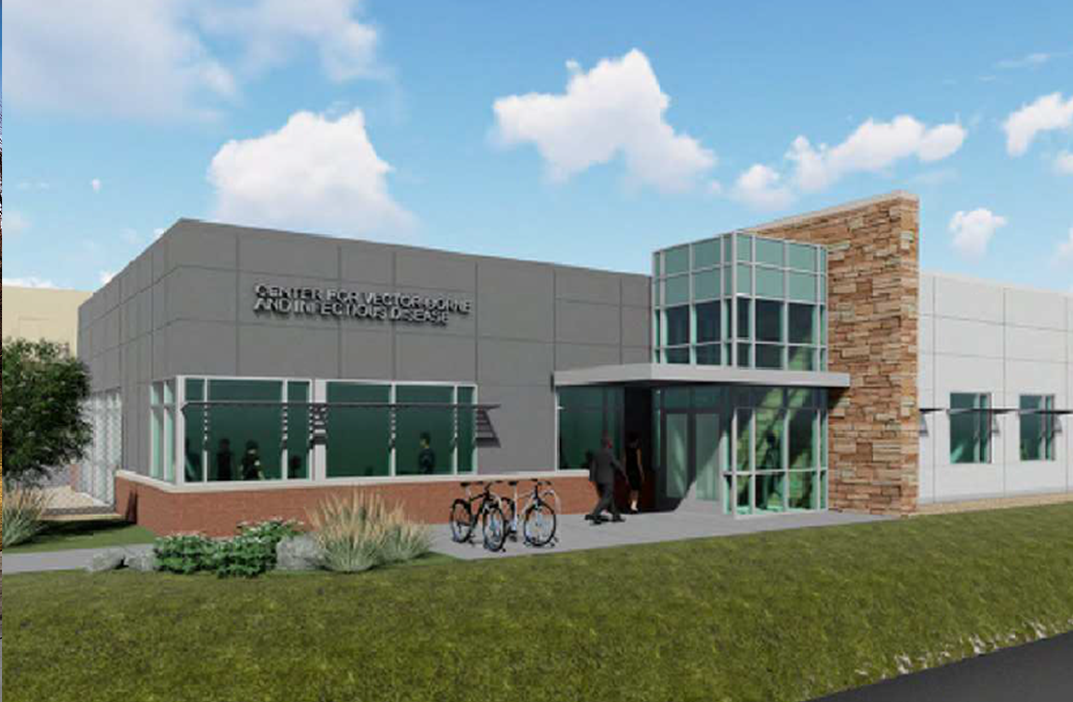